for makeover of the Maharashtra Nature Park (MNP) held by Mumbai Metropolitan Region Development Authority (MMRDA). Mumbai, the financial capital of India, is often deemed as the city of dreams, hopes and aspirations. It may be all that and more, but there is one thing that the city is always in dire need of - open spaces. With the imagery of a concrete jungle at large, the city seriously lacks in green spaces.  Some amount of relief is provided by the green pockets in the form of Sanjay Gandhi National Park at Borivali and Maharashtra Nature Park in Sion. The latter, although lesser known, is an important ecosystem, built on a land that was once a dumping ground.

Mumbai, the financial capital of India, is often deemed as the city of dreams, hopes and aspirations. It may be all that and more, but there is one thing that the city is always in dire need of – open spaces. With the imagery of a concrete jungle at large, the city seriously lacks in green spaces.  Some amount of relief is provided by the green pockets in the form of Sanjay Gandhi National Park at Borivali and Maharashtra Nature Park in Sion. The latter, although lesser known, is an important ecosystem, built on a land that was once a dumping ground. It is unfortunate, that in a city that craves green space, there thrives a 37 acres’ park in the heart of the city, yet unused to its full potential. In the hope of tapping into that potential, and enticing more visitors, MMRDA set a plan in motion to facelift the park.

Mumbai’s MMRDA and Observer Research Foundation (ORF) then organised an international design competition to execute the facelift. The recently announced winner all set to redesign the Park, is the Mumbai-based firm Sameep Padora and Associates (sP+a) in association with Design Cell & Ratan J. Batliboi Consultants with Schlaich Bergman & Partner, and Ladybird Environment Consulting. The winner was elected from a total of 30 reputed teams from around the globe. The jury handpicked 8 teams, out of which 4 were shortlisted. After a meticulous screening, 2 finalists were selected and conclusively a winner was decided.

Under the guidance of Park Director Avinash Kubal, the space has been transformed from a wasteland, into a flourishing green belt, supplying much needed oxygen to the city. The combined efforts of the team in the form of conservation and waste management projects have given a new life to the park. Today this 37 acres of solar powered park is a taciturn retreat away from the flurry of the city. Located on the southern bank of Mithi river, around Dharavi, this park was intended to be a medium to educate people about nature. When it was opened to public in 1994, 3 lakh visitors per annum were anticipated but the actual number was a meagre 5000. The main reasons deduced were polluted river, lack of promotion and lowly upkeep. It is estimated that around 13 acres of the park is used for defecation and encroachment by slum residents.

An arduous and challenging task by itself, the brief talks about a clean-up of the polluted Mithi river. Winning architect, Sameep Padora believes that the key to the project is a clean. “For the river bank, we have planned a flood-plain, which is undeveloped land for the river to overflow into. To improve the quality of water, we have planned cultivation of greenery along its edges. We have also planned to check the soil quality of the park.” The brief also mentions expansion to the 17 acres of forest like zone of the park. The architectural language of the proposed knowledge centre and other built forms is expected to be inspired by nature. Due to its location, and the proposed bridge, the project will have to cater to the needs of both; the slum area of Dharavi at South Bank and upper class BKC at the north end.

The revamping of the park that grows alongside the Mithi river, includes a very vital development, the Mithi River Bridge Project. The brief of the project states, “The bridge design must sync with the modern twenty-first century architecture emerging on the Mithi River’s north bank at the Bandra Kurla Complex. At the same time, it should naturally seam in with the forest-like environs of the Maharashtra Nature Park on the south bank of the river beyond which, it must connect to nearby transport hubs. This vital pedestrian connectivity is expected to see over 50,000 users daily and is intended to herald a new wave of pedestrian-friendly infrastructure throughout Mumbai and the Mumbai Metropolitan Region. It has a compelling transport case and will support the BKC’s growth in the decades to come. The bridge will also serve as an important feeder to the MNP.”

Padora intends for the bridge to be seen as a destination rather than just a connect between the MNP and BKC. The team at sP + A, spoke to people living in Dharavi, and discovered that they wanted a view of the BKC and the sea beyond it, from the bridge. As for the BKC side, he fantasizes people parking their cars and taking a stroll in the park. Rashmi Parkar, landscape urban designer at the Ratan J Batliboi Consultants said, “We wanted to include as many amenities as possible. So, in our plan, the bridge over the Mithi River would be open to all and free of cost, which will be a boon for slum-dwellers in the area as well as the corporate crowd of BKC. We will also segregate the the activity area from the forest, to retain the greenery. In the activity zone, we have planned Interpretation centres, libraries and welcome centres for kids and nature enthusiasts.”

She also mentioned a pedestrian bridge dedicated exclusively for pedestrians and cyclists, which is a first in the city. “Instead of the usual 9 metres width, we will extend it to 15 metres, with ‘pause spaces’ for people to sit and enjoy.” In the design proposed by the winning team, the pedestrian bridge deviates from the vehicular bridge at some point to keep the noise at bay. It widens at two places to accommodate a range of activities to reconnect people with water and open space.

A matter of grave concern was the obscurity of the park and drawing more visitors. Padora observes that passers-by, who are unaware of the park, don’t get a sense of what lies beyond. Their proposed plan includes elevated structures that give a sneak peek into the park, in addition to enhanced branding.

Also part of the proposal is an Amphitheatre, viewing platforms, a reservoir, cafeteria, library and canopy walks. Involved urban designers have also planned for a floating boardwalk along the fringes to enjoy view of the mangroves and mudflats. The winning team will soon commence work with the MMRDA upon receiving approval from local authorities. As promising as the proposal is, it weaves a different picture in the minds of the spectator. We hope to see the picture shape into reality soon. 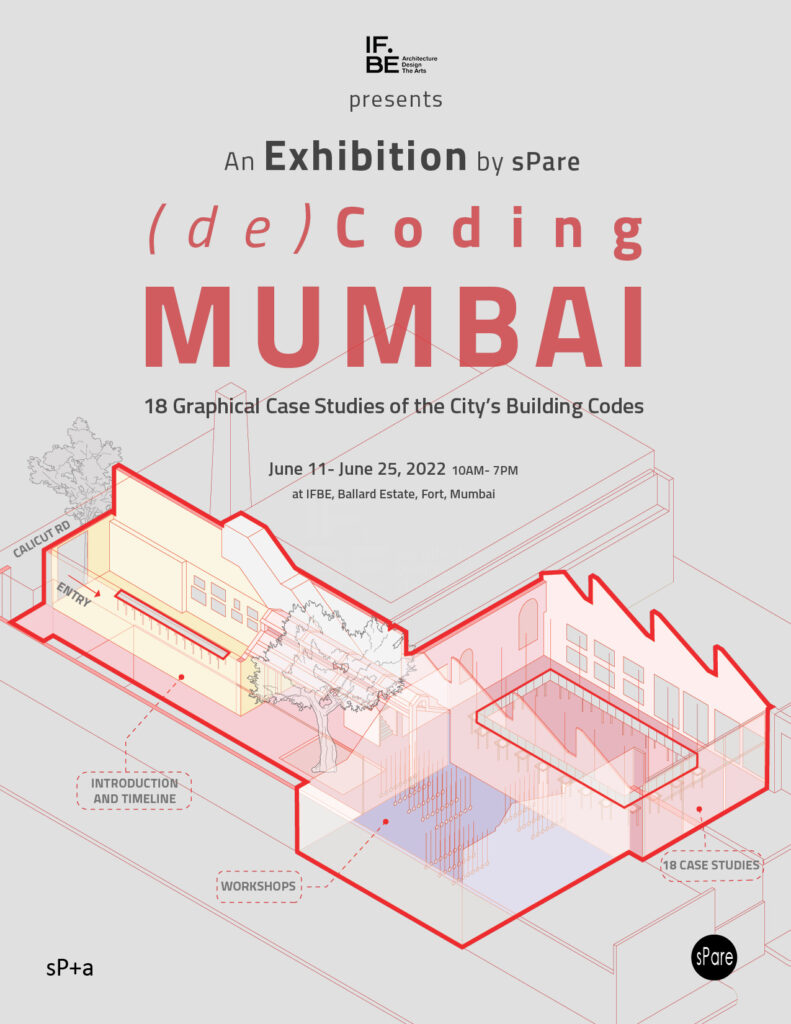